June 18, 2016
In this post we will be looking at how we can setup Heron steam processing engine in Apache Aurora in our local machine. Oh Boy this is going to be a long post :D. I am doing this on Ubuntu 14.04 and these steps should be similar to any Linux machine. Heron supports deployment in Apache Aurora out of the box. Apache Aurora will act as the Scheduler for Heron after the setup is complete. In order to do this first you will have to setup Apache Zookeeper and allow Heron to communicate with it. Here Apache Zookeeper will act as the State Manager of the Heron deployment. if you just want to setup a local cluster without the hassle of  installing aurora take a look at my previous blog post - Getting started with Heron stream processing engine in Ubuntu 14.04

First thing we need to do is to setup Apache Aurora locally. I will try to explain as much of the configurations as i can as we go on. First lets get a Apache Aurora cluster running on our local machine. The steps are extracted from here.

Download and install VirtualBox and Vagrant in your machine. If vagrant is successfully installed in your machine  the following command should list several common commands for this tool
Step 2: Clone the Aurora repository

To start the local cluster all you have to do is execute the following command. It will install all the needed dependencies like Apache Mesos and Zookeeper in the VM.
Additionally to get rid of some of the warning messages that you get during up command execute the following command
You can verify that the Aurora cluster is properly running by opening the following links in your web-browser
If you go into http://192.168.33.7:8081/scheduler you can notice that the name of the default cluster that is setup in aurora is named "devcluster" this will be important to note when submitting typologies from heron.

Now that we have the Aurora cluster setup we need to install heron within the cluster VM in order to be able to create get our Heron deployment working. Since this is a fresh VM instance you will have to install the basic software such as "unzip" and set the JAVA_HOME path as an environmental variable ( Just need to add this to .bashrc file). After you have the basic stuff working follow the following steps to install Heron in the VM. You can ssh into the VM with the following command

You can download the script files that match to Ubuntu from https://github.com/twitter/heron/releases/tag/0.14.0

For the 0.14.0 release the files you need to download will be the following.

Step 1.b: Execute the client and tools shell scripts


After this you need to add the path "/home/vagrant/bin". You can just execute the following command or add it to the end of  .bashrc file ( which is more convenient ).

Install the following packages to make sure that you have all the needed dependencies in the VM. You might have to do sudo apt-get update before you execute the following.

Open the file statemgr.yaml using vim ( or some other text editor you prefer ) and add/edit the file to include the following.

Next we need to configure Apache Aurora to be used as the Scheduler for our Heron local cluster.
In order to do this we need to edit the scheduler.yaml file that is also located in /home/vagrant/.heron/conf/aurora. Add/Edit the file to include the following. More information regarding parameters can be found here

Additionally edit the client.yaml file and change the core uri to make it consistant.

Now we can submit a topology to the aurora cluster. this can be done with the following command.

I will try to explain some of the important parameters that are used in this command. the first parameter "devcluster/pulasthi/devel" defines cluster, role and env ( env can have values prod | devel | test | staging

--config-path points to the config folder. the program will automatically look for a folder with the cluster name. This is why we had to change the name of the aurora conf folder to devcluster.

Now that everything is working we need to perform one last step to be able to see the typologies that we can see in Aurora UI in Heron UI.

Heron Tracker configurations are located at /home/vagrant/.herontools/conf the configuration file is named heron_tracker.yaml. By default you should see the following in the file

You can see that there already two entries. Before we had to create paths in Zookeeper for /heron/topologiesthis is because the entry named localzk in this file. If we remove this we will not need to create that path in Zookeeper. Not all we have to is to add a new entry for the aurora cluster into this file ( we will comment out localzk ). Then the file would look like below.

Popular posts from this blog 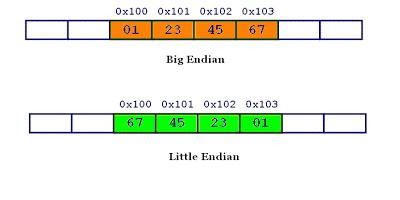 In this post we will look into working with binary files in java. The end goal of the post will be to create simple java application that reads a binary file and write it back to a different binary file. The difference between the two files would be the byte order. If we read in a file with Big-endian byte order we will write it back with a Little-endian byte order and vice-versa. Lets first understand what is meant by byte order and what Big-endian and Little-endian are. If you are already familiar with this you can skip this section of the post You can find the complete code for Binary format converter that is explained in this post at GitHub -  https://github.com/pulasthi/binary-format-converter Understanding byte order and Endianness The endianness refers to the order that bytes are stored when storing multi byte values such as Integers and Doubles this is also known as the byte order. The endianness does not have any meaning when you consider a single byte that is s
Read more

August 12, 2012
During my GSoC project for OpenNMS i did some work with JMS and wanted to write test classes to make sure that my code was working well. In this article i will try to explain how you can use ActiveMQ to write test cases for your JMS code. This is very handy when your code has a part that listens to a JMS queue. Apache ActiveMQ  Apache ActiveMQ is a extremely popular and very powerful open source messaging and Integration Patterns server. You can check it out here . The part we will be using to run our test classes is the embedded broker that is provided by ActiveMQ. This allows you to create a temporary broker for test purposes to create a JMS queue in our case. If you want to learn more about the embedded broker check out this article . The easiet way to create a embedded broker is through the following code line. This will automatically create a embedded broker. ConnectionFactory connectionFactory = new ActiveMQConnectionFactory("vm://localhost?broker.persistent=false"
Read more